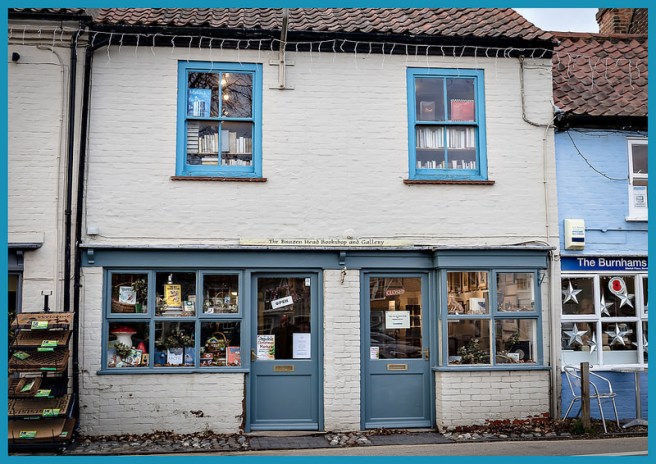 Earlier this year, I walked into the Brazen Head bookshop looking for an old book titled The Art of Coarse Sailing, out of print since the 1960s. The shop was stuffed with shelves sagging under the weight of words and stories, each crying out to be heard. Without knowing where to start my quest in such an apparent confusion, I approached the proprietor who was looking at the screen of an old pc in a corner of the counter. I asked if he had a database of all the titles in the shop. He passed a withering look which made me feel quite the fool. No! What are you looking for? he asked. I told him my title and without disengaging his stare, said up stairs, room on the left, third set of shelves, under nautical. Amazingly, as if guided by the force of all those titles, I went straight to it. I enjoyed the book, in fact it transported me back to my childhood on the Norfolk Broads with an amazing brightness and clarity. Some days later I felt compelled to return it for someone else to discover. I was greeted by an elderly lady in the shop and I asked after the gentleman who originally served me. She gave me a quizzical look and replied that only she worked there and that most of the books, just like mine, had a habit of returning. It was then I realised the distinction between fact and fiction can become blurred, especially in the company of such a wealth of old stories, all clamouring to be heard.